The ideal Hotel in the Marches

Visit the Marches and stay in our Hotel

In Grottammare, the city with our Hotel in the Marches, you can have a holiday tailored to your needs, in contact with nature. The crystalline sea has been awarded with the “European Blue Flag” for years thanks to its clean sea and efficiency of the facilities offered. Ancient and modern overlook the fine sandy beach and the shallow sea. The typical vegetation, made up of palms and oleanders reminds of exotic locations and, together with other essences like oranges, is a symbol of the mild climate.

San Benedetto is at just 1 km from Hotel Jerry, south of Grottammare, and is one of the most visited summer resorts. San Benedetto is also called “Palm Riviera” for the abundance of this plant that confers an exotic flavour to the urban landscape. The southernmost city of The Marches is easy to reach from our hotel, on foot or cycling. 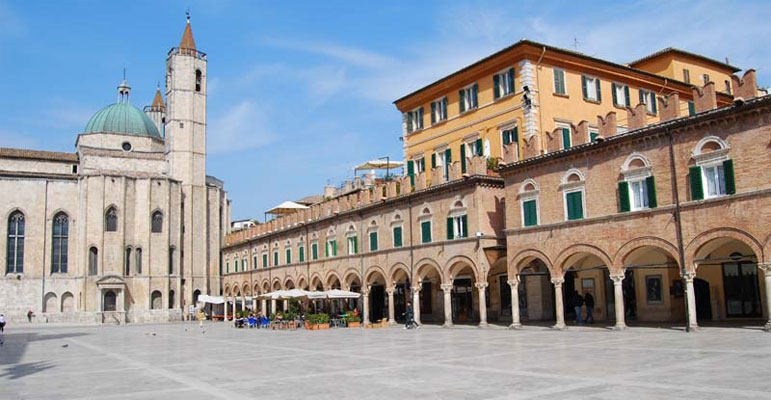 In the southern part of the Marches region, just 30 minutes from our hotel, Ascoli Piceno is a wonderful art city with ancient origins. Besides the artistic history (the two squares Piazza del Popolo and Piazza Arringo, the building Palazzo dei Capitani, Church of San Francesco just to mention a few), this city is worthy of a visit for the excellent cuisine represented by the Ascoli dish par excellence: the Olive Ascolane (typical stuffed olives). 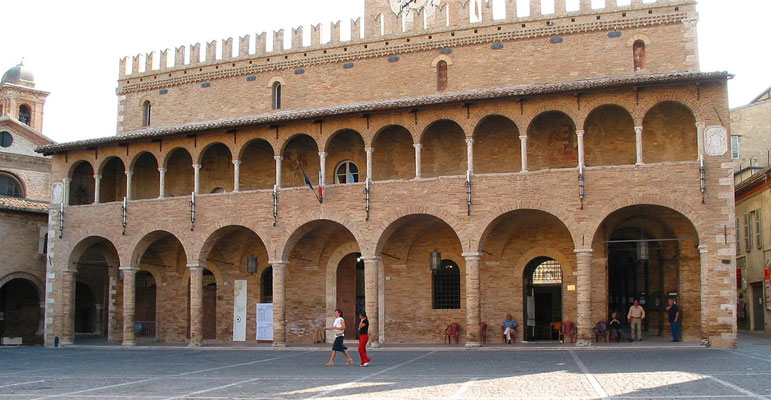 Offida is in the province of Ascoli, a nice village perched in the Marches inland territory. Medieval and Sixteen-Century remains make it one of the most beautiful towns in Italy where traditions are consolidated, and with interesting original events, mainly connected to the Carnival period that is experienced by the entire town just like a ritual. 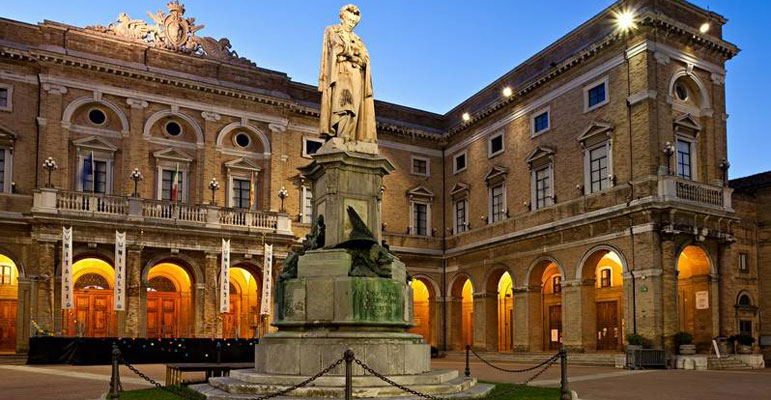 Recanati has always reminded of the poet Giacomo Leopardi, who was born and lived in this area that inspired so many of his poems. A characteristic city overlooking the sea and mountains of The Marches from above and that offers a landscape deeply imbued with an immense artistic heritage. 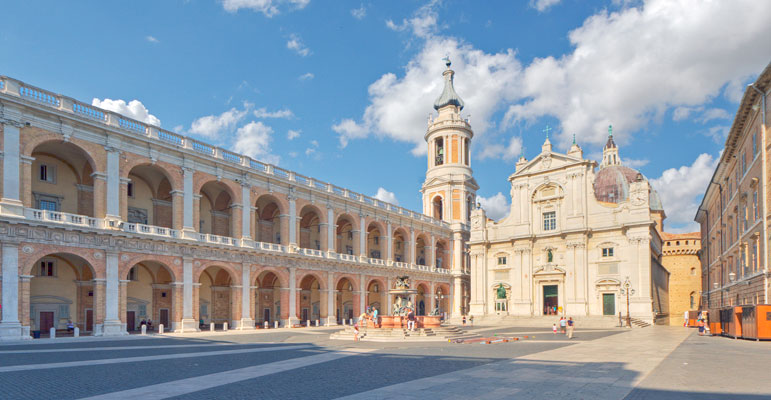 The famous basilica of Loreto is one of the main destinations for the visitors of this city: catholic pilgrims from all over the world flood into the sacred place that, according to tradition, holds the Holy House of Nazareth carried here by angels. Located on a sweet hill, from Loreto it is possible to enjoy a breathtaking view over a fabulous area of The Marches, from the sea and Mount Conero to the Apennines. 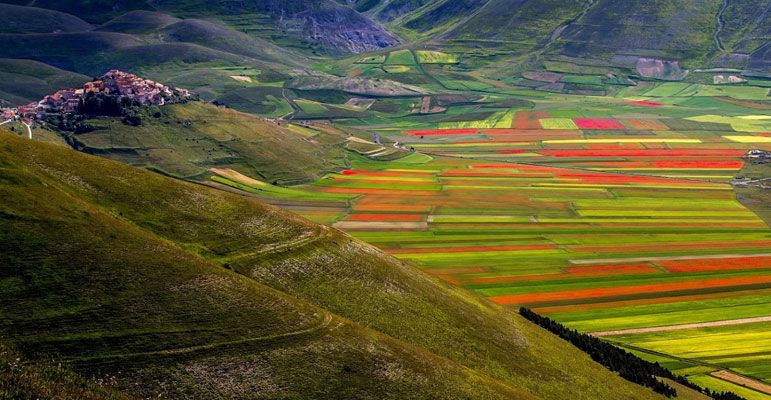 Moving away from the coast and entering the inland of The Marches, starting the tour from our hotel we are offered the opportunity to find a natural wonder: the Sibillini National Park. The Park is mainly mountainous but characterised by a great variety of landscapes, flora and fauna and it is an oasis for those who love plunging into nature.

Cycling around the Riviera delle Palme
THIRTEEN KILOMETRES OF COAST FOR SPORT LOVERS TO RIDE ALONG SURROUNDED BY THE MAGNIFICENT SCENERY OF THE PALM RIVIERA!

The coastline of the Riviera delle Palme is covered by a long bike path ideal for stimulating rides, during the day and at night.

From the south, in Porto d'Ascoli, at the mouth of the Tronto river, it crosses a very interesting natural area from the wildlife point of view where it is possible to admire a great number of migratory birds.

The first 4 km of the bike path are mostly in the shade of the century-old palm trees for which the beautiful promenade of San Benedetto del Tronto is famous and was enriched with themed gardens in 2007.
After reaching the port with the statue dedicated to the “Fisherman”, the path continues along the Pier and past the Monument dedicated to the Gulls.

It doesn’t take long to reach Grottammare, surrounded by pine trees and orange groves, the astounding Art Nouveau villas on the promenade and the medieval village characterised by warm shades of wood and brick.

The cycling path continues north for another 5 km and then, enjoying the blue sea and the scent of the Mediterranean scrubland, bikers reach Cupra Marittima.